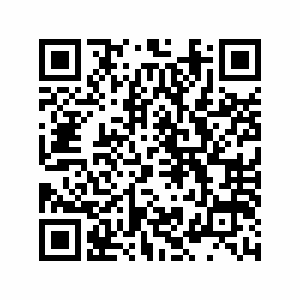 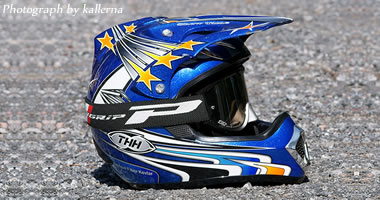 My husband and I, both from Mora, MN, married right out of high school in the late 50's, and my husband was a motorcycle nut. So, there was no doubt that it would be a big part of our life. He was the original Fonzie, wore his hair slicked back with a duck tail, and rode a Harley. Along with that he had a passion to compete and be a part of a bigger organization. In the early days, he would ride to the event, take off the lights and put on a number plate, ride the event, put everything back on and ride home. Life and kids changed us a bit and we started driving to the events with the bike in the back of a van, so the children and I could come along, as the children got older I started working at the events, most of the wifes helped if we could.

During the 60's, clubs from Brainerd, Mankato, Rochester and others around the State were putting on the Hill climbs, TT's, Flat Tracks, Scrambles, and Enduros. My first Enduro that I worked, I was pregnant with Rex, he didn't have a chance of not being involved in motorcycles. It was not until the early 70's that Motocross moved into Minnesota. We attended as many events as we could.

We joined and continue to be members of the Norsemen Motorcycle Club which was founded in 1961. In the 60's our club sanctioned and put on all the different AMA events we could. In the early 70's, after the club bought a 40-acre piece of land right north of Highway 95 on Highway 47 west of Cambridge. We built what we still feel is the best TT track in Minnesota and then in 1972 built our motocross track. We sanctioned and worked many motocross events along with all the other events we did. So many great people were involved and all the members put in many hours at the motocross events, but we still had a fun time.

But Dale and a few others wanted to figure out how the AMA worked, so in the fall of 1969, Dale, then 30 years old, became the first Minnesota AMA Congressman, jumped into his new Chevrolet El Camino along with his good buddy Ron Schmidt (20 years old at the time) and made the 800 plus mile trip to Columbus, Ohio to the AMA for the Congress meeting. During the meetings, Dale began to understand that the AMA was growing and, more importantly, that each geographic location had different issues. Out east where the population is denser, there were many motorcycle enthusiasts, the AMA had already started building local AMA Districts as the sport of motorcycling was growing in the USA. During this natural progression, it was time for the AMA to build out with District leadership and organization. Dale knew it was time for Minnesota to get in the game and put together plans for an AMA District in Minnesota.

As usual, it was over a beer at the bar at the hotel after the meetings when Dale and Ron struck up a conversation with a man named Harley Phillips from Pennsylvania. Harley was one of the leaders of their District in Pennsylvania and Dale asked if he would send him a copy of their By-laws and organizational information. That is how bikers work, we work together with a common bond to help each other along with having some fun.

Weeks later the information arrived, with a few people right in our kitchen in our little house in Robbinsdale, MN, Dale and Dick Bielke, his wife and myself, wrote up the By-Laws, started the first set of District 23 membership cards, and the District was born. District 23 is part of the larger community of the AMA with the same basic goals besides helping and giving us rules and the ability to participate in sanctioned events, it makes us all part of a community of motorcycle enthusiasts who are passionate about our sport, and work to support and promote it. The conversation around our kitchen table was all about fair play, helping each other, being organized and having fun.

Over time and during all this along with raising our family, building a machine shop business, Dale has been involved in many organizations in our community. But, he has alway maintained his love of motorcycling. He continued to make at least 30 more trips to the AMA congress with other fine prople from Minnesota and is very proud of District 23 and its leadership and direction. Dale was at the December 2016 District 23 sanction meeting and the representative from the AMA recognized District 23 (ARMCA) as one of the finest Districts in the AMA.

AS DALE WOULD SAY - IT'S BEEN QUITE A RIDE!!

Our Norsemen family suffered a great loss with the passing of founding member Dale Greenwald June 23, 2017. 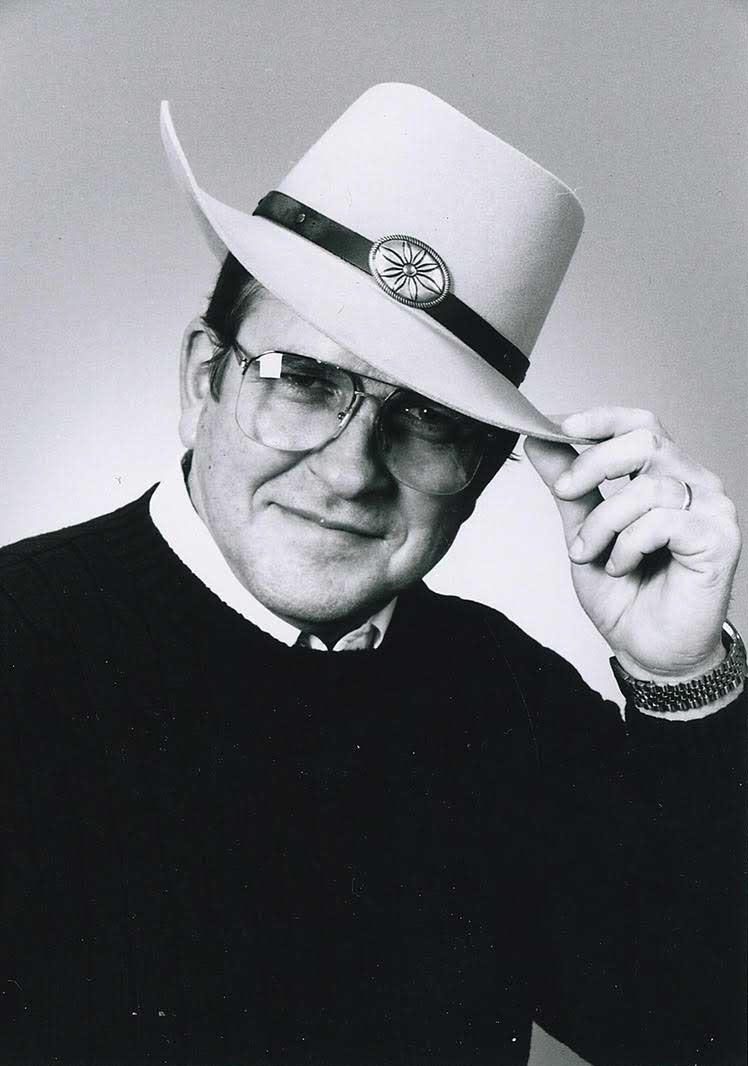 It is with great sadness that the family of Dale William Greenwald of Brooklyn Park, Minnesota, announces his passing at the age of 78 on Friday, June 23, 2017.

Dale was born May 3, 1939, at home in Jordan, Minnesota. He was the youngest of six children born to George (Pat) and Bertha (nee Dubbe) Greenwald. His family moved to a small farm near Brunswick, Minnesota and later to Mora – the place that Dale would forever call home even after moving to the Twin Cities and later living in Brooklyn Park.

After graduating from Mora High School in 1957, Dale moved to the Twin Cities and joined his big brother Marvin as a janitor at Cass Screw Machine Products in late 1957. On December 6, 1958, Dale married Louisa Nelson, also a 1957 graduate of Mora High School – they’ve been married for 58 years and theirs is a marriage and partnership made in heaven. Dale and Louisa were blessed with two children: Debra (Debbie) and Rex. The family of four settled in Robbinsdale until 1977 when they moved to Brooklyn Center. In 1990, Dale and Louisa moved to their current home in Brooklyn Park.

In the late ‘70s, Dale, Marvin and Lorraine Wise purchased Cass Screw Machine Products from the Cass family. After Lorraine’s passing and Marvin’s retirement in 1995, Dale became President of the Company. Dale remained at Cass Screw until his retirement in 2015. Cass Screw was a very important part of Dale’s life -- he loved his Cass family.

Dale became involved in many professional organizations and was an active member and past president for two terms of the Minnesota Precision Manufacturing Association and a member and past president of the Brooklyn Center Chamber of Commerce. In 1989, Dale was awarded a certificate by then Governor Rudy Perpich from the Minnesota Council of Quality. In 1990, he was named “Small Business Person of the Year” by the Chamber. And in 1996, Dale was awarded the State of Minnesota’s Spirit of Minnesota Award.

From an early age, Dale was an avid motorcycle rider and was instrumental in advancing the sport of off-road motorcycling as a founder of District 23 ARMCA for the American Motorcyclist Association (AMA) for the State of Minnesota. He became the District 23 AMA Congressman representing the State of Minnesota at the AMA headquarters in Ohio each fall and continued to be honored by being named AMA Congressman Emeritus for District 23.

Dale gave very generously of his time and resources to many organizations and people in need. He was very involved in the community and was interested in politics. Dale, along with his wife, were sponsors of the recent amphitheater built at the Brooklyn Center City Hall park and, for many years, organizers, sponsors and volunteers of the Heritage Festival and Earle Brown Days, with Dale being named Grand Marshall for the 30th anniversary parade, including a proclamation by the Brooklyn Center City Council declaring June 12, 2012 to be Dale Greenwald Day.

Dale loved the family farm in Mora (it was his happy place). His weekend routine consisted of mowing the grass for much of the day followed by putsing around in the barn and playing his favorite songs on the guitar. He has always loved music (especially country and gospel music). In mid-life, he learned to play the guitar and loved to share a song, or two with whomever would listen. It didn’t matter if he had an audience of one or more – Dale loved singing and sing-a-longs were one of Dale’s and his family’s favorite activities. Dale will be sadly missed but the song that was Dale’s life will continue to play on for all who know and love him. Dale is survived by his loving wife Louisa; children, Debbie (Randy) Windsperger and Rex (Teresa) Greenwald; grand-children, Gina (Anthony) Benincasa, Nicholas (Lindy) Greenwald, Leah (Randy) Cota and Chelsea (Michael) Mohs; great-grandchildren: Avery Benincasa, Ruby and Pearl Greenwald, Chase, Colt and Lily Cota, and Molly and Claire Mohs; and his sisters- and brothers-in-law and many nieces, nephews, cousins and family and friends too numerous to mention.

He is preceded in death by his parents George and Bertha (nee Dubbe) Greenwald, his father- and mother-in-law, Hilding G. and Elma (nee Jerrow) Nelson, his brothers Marvin and Glen Greenwald and sisters Helen Eitel, Verna (Pearl) Karnitz and Faune Haag, and his sisters-in-law: Dorothy Greenwald, Iona Greenwald and brothers-in-law, Hilb Eitel and Elroy Karnitz, his grand-parents, aunts and uncles and great-grand-daughter Alex Rose Benincasa.

A private interment at Oakwood Cemetery in Mora will be held at a later date.

In lieu of flowers, the family requests memorials to be made to the Alzheimer’s Association, Peace Lutheran Church, American Cancer Society, and American Heart Association.